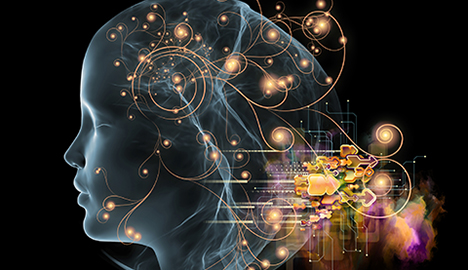 WiBF is delighted to present our coveted Economics Update featuring some of Australia’s most prominent economists who will discuss the global outlook and domestic economy. They will debate a raft of topical issues including politics with a Federal election likely in the first half of 2022, the new normal as we learn to live with COVID, and the never-ending productivity challenge.

We encourage all attendees to prepare for this Economics Outlook by thinking through the economic issues in Australia and beyond, and bringing focused questions to discuss with the speakers and other attendees.

The goals of this particular Economic Outlook are:
- Knowledge transfer on the changing economic landscape
- Understanding the impact of financial innovation and technology
- Unpacking the key challenges for economic recovery post-pandemic

The skills & knowledge that will be covered in this particular Economic Outlook include:
- How to navigate Australia's economic profile in 2022 and beyond
- Where and how to invest and the channels available

Belinda Allen has extensive experience as a financial markets economist. Her work primarily involves developing and communicating views on the Australian and international economies.
Prior to her current role, Belinda spent over 10 years at Colonial First State Global Asset Management, the Bank’s asset management arm as a Senior Analyst in the Economic and Market Research team. Here Belinda developed extensive experience in analysing both the Australian and global economies as well as the various investment markets. Belinda works in the Institutional Banking & Markets division of the Commonwealth Bank. This division is responsible for managing the Group’s relationships with major corporate, institutional and government clients and providing a full range of capital raising, transactional and risk management products and services.

Ivan Colhoun is Global Head of Research in the Markets division of National Australia Bank. He joined NAB in November 2014 and is responsible for the Australian Economics, FX Research, Rates Strategy and Commodities Research functions.
Ivan has had a long and varied career in Economics. He received a Bachelor of Economics with Honours from the University of Tasmania and commenced his career at the Reserve Bank of Australia.
He spent 15 years at Deutsche Bank before following his passion for aviation by joining Qantas as Chief Economist. He has also consulted to SEEK, Virgin Australia and IATA.
Ivan is a keen supporter of the Western Bulldogs and Arsenal, plays O45s soccer, has a commercial pilot’s license and enjoys pinot noir. He has two teenage daughters and a better half that is an amateur farmer!

Catherine Birch is a Senior Economist at ANZ Research. She provides research, forecasts and analysis on the labour market, business and infrastructure investment, ESG and the broader Australian economy.
Prior to joining ANZ, Catherine worked as a Senior Policy Adviser/Economist for the Victorian Government, an Environmental Economist for the Namibia Nature Foundation, and an Economic Analyst for BIS Oxford Economics.
Catherine holds a Master of International and Development Economics from the Australian National University.

Su-Lin Ong is a Managing Director of RBC Capital Markets, Chief Economist & Senior Relationship Manager. She has led the Economics & Fixed Income Strategy team for AU/NZ since 2010 and was Head of AU Research, including oversight for equity research, from 2015 to 2019. In August 2019, she began a newly created role to help foster senior relationships with RBC’s key clients.
Su-Lin is part of the global strategy team with primary responsibility for formulating and presenting RBC’s AU/NZ macroeconomic outlook, cash rate view and bond yield forecasts.
Su-Lin is an Executive Member of The Australian Business Economists, sits on the Women in Banking and Finance Board and was recently appointed to the Parliamentary Budget Office’s Panel of Expert Advisors. She is also a founding member of RBC’s Diversity Council, RWomen Committee and actively involved in their mentoring and charity programs. Su-Lin is an ambassador for the RBA’s Women in Economics initiative and supports a number of programs aimed at building pipeline economic talent, especially female.
Prior to joining RBC in 1998, Su-Lin was a fixed income economist for Hambros Bank and before that worked as an economist at the Department of Prime Minister & Cabinet in Canberra.